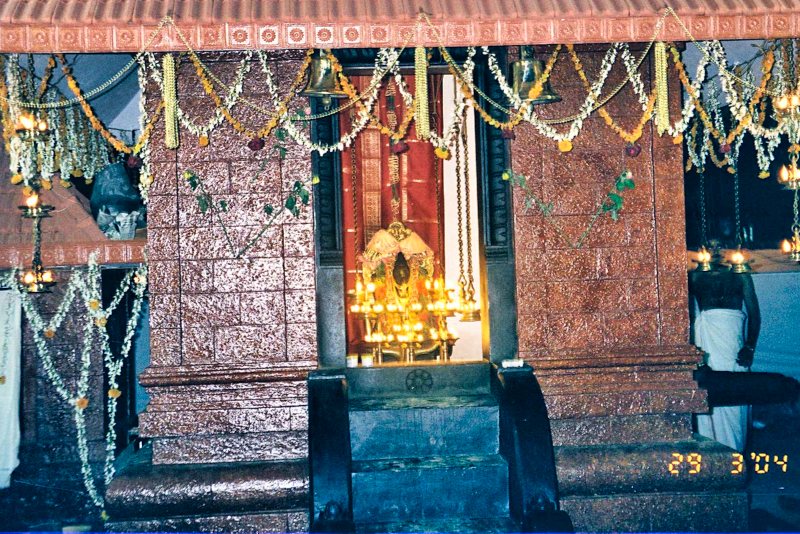 Ambalavattam Temple Punapratishta was on 28 March 2004. Family members gathered from far and near to witness the functions. A team of experienced and learned tantris carried out the punapratishta. 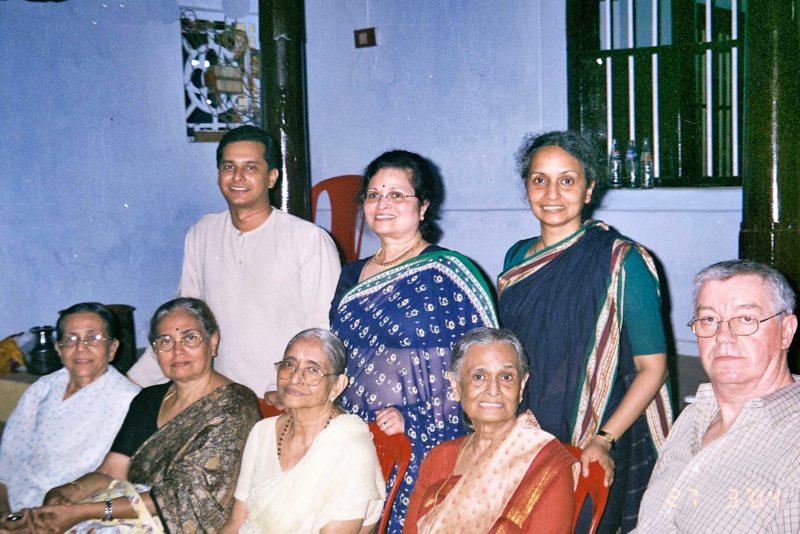 Kunhi Matha and her six children migrated to Thalassery from Kadathanad near Vadagara. This was in 1775 when they experienced communal oppression. Initially the family members were called Kadathanadans. Later they assumed Ambalavattam as the family name. They installed the original deity of Durga Devi in one of the rooms in the Ambalavattam Tharavad House and carried on the worship.

In early 1900s, the family decided to shift the shrine to a separate temple building in the forecourt of the tharavad. As a result, people in the neighbourhood could also worship Durga Devi and partake in the festivals. 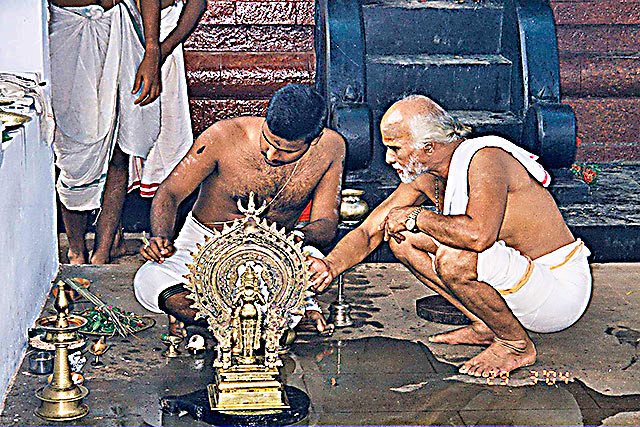 The family consulted a gathering of eminent priests of Kerala in 1997. After the consultations, they decided to relocate the temple to the side of the main house. The temple also got a dedicated entrance for use of the general public. A large gathering of family elders, family members and general public was present at the Punapratishta in March 2004. 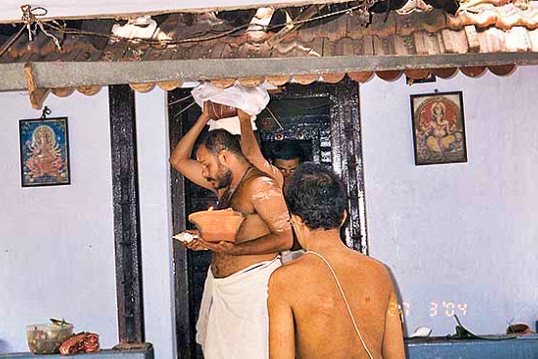 After due consultations with astrologers and tantris, members of Ambalavattam family started construction of the new temple building. Family members made liberal donations to build the new Ambalavattam Temple complex. Construction ended on time. 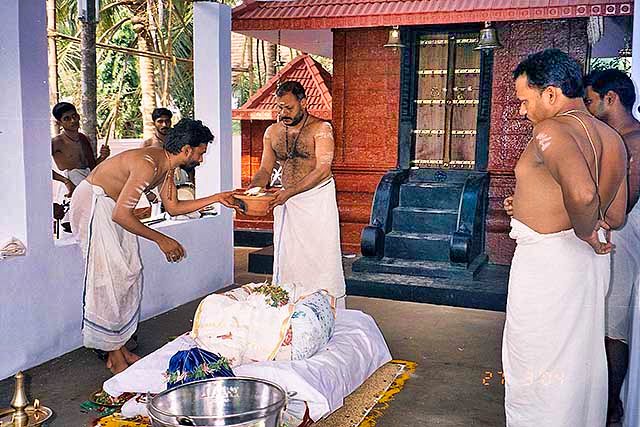 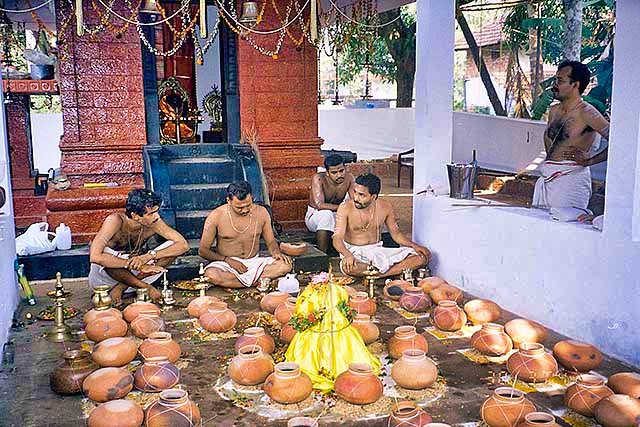 Other deities in the temple complex are that of Saraswathi Devi and Lord Ganesh. There is a Sarpakkavu at the temple. 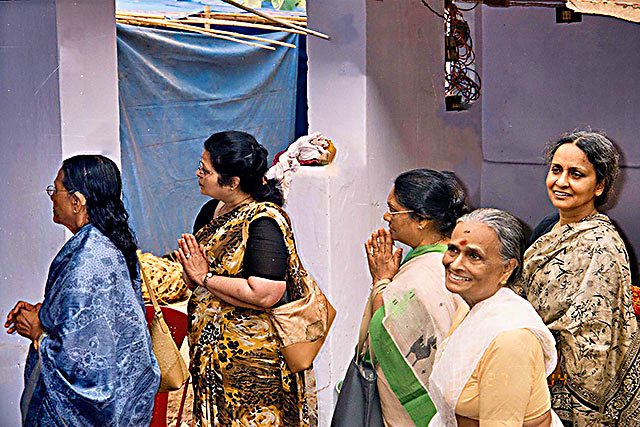 A team of poojaris assembled at Ambalavattam under the leadership of a learned tantri, Shri Narayanan Namboodiri,  The pooja ceremonies lasted from 27 to 31  March, 2004. The priests carried the deities from the old to the new temple.

Ashtabandha Kalasha Kriya was one of the important ceremonies during the punapratishta.  The pooja is considered equivalent to Kumbhabishekam. Senior priests performed it. The pooja enhances powers of the deities and has beneficial effects on family members and devotees. 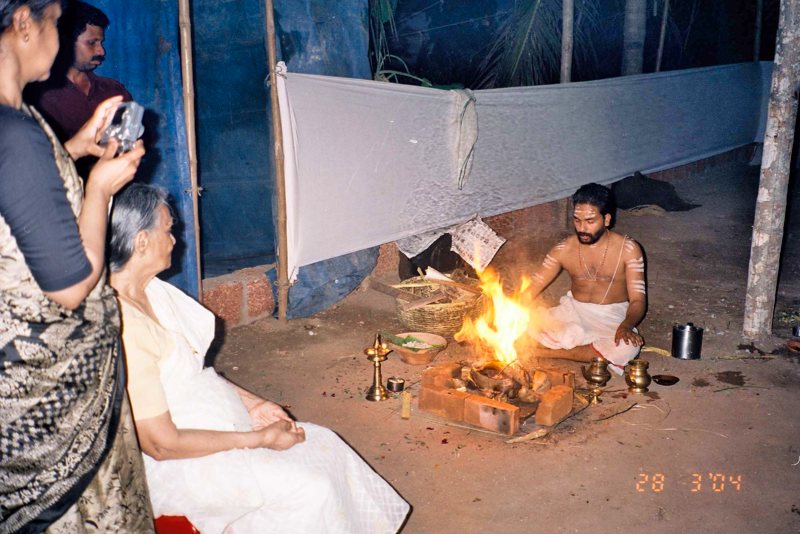 Ashtabandha Kalasham refers to the process of applying ashtabandham to the idol. It is done every 12 years . Temples in Kerala widely use this process.  Ashtabandham is a Sanskrit word and means a mix (bandham) of eight (ashta) ingredients. The mix consists of eight natural constituents. Priests use it to fix the vigraham (idol) to the peetham (base). 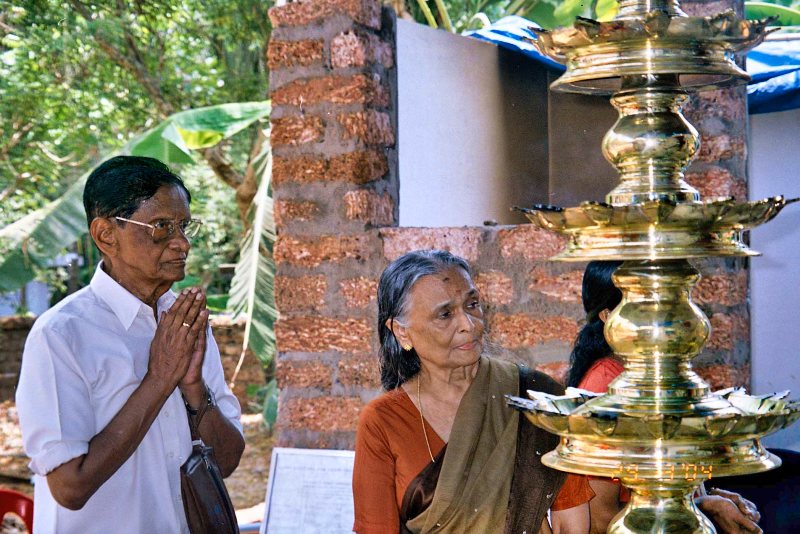 Preparing the mixture is a 41-day procedure. The eight ingredients are: finely powdered conch, gall-nut, sealing wax, gooseberry, resin of pinus dammar, cotton and two varieties of gravel from Bharatapuzha and the confluence of three rivers (Triveni). 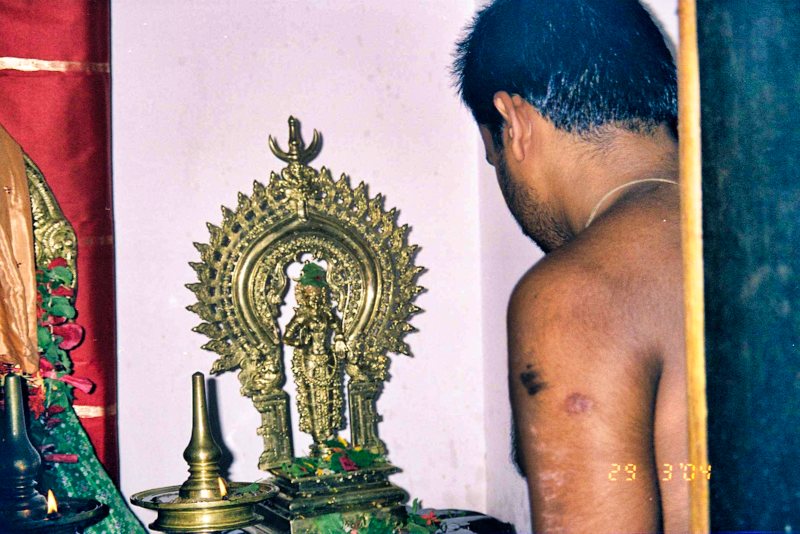 I have clicked all the photos on this post, using my old Canon film camera. We did not have the website in 2004. Photos and video were distributed using CDs. Professional videographers created the video which  I have uploaded to YouTube. You will be able to view it on full screen too. Dr. Rekha Kumar had sponsored the video. 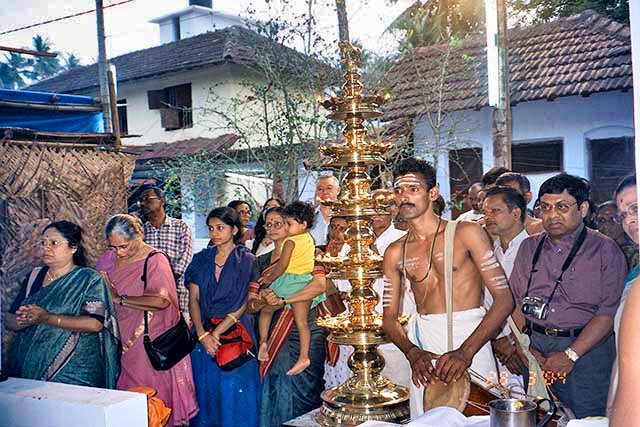 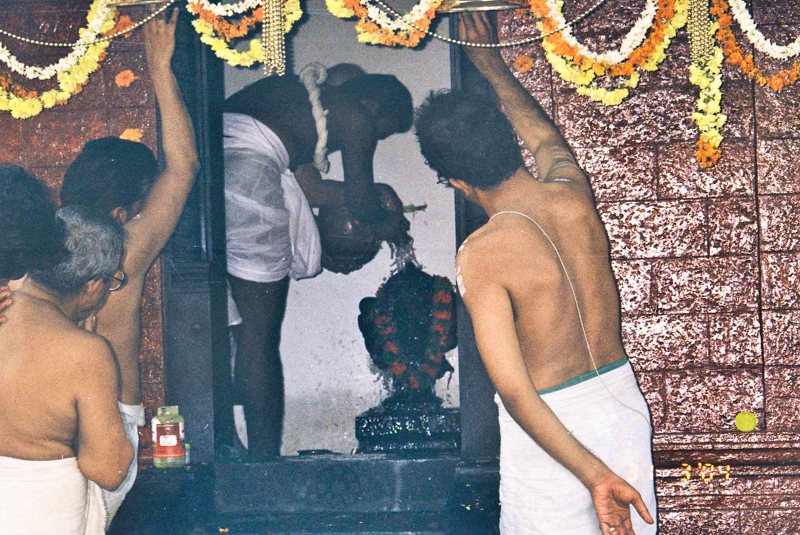 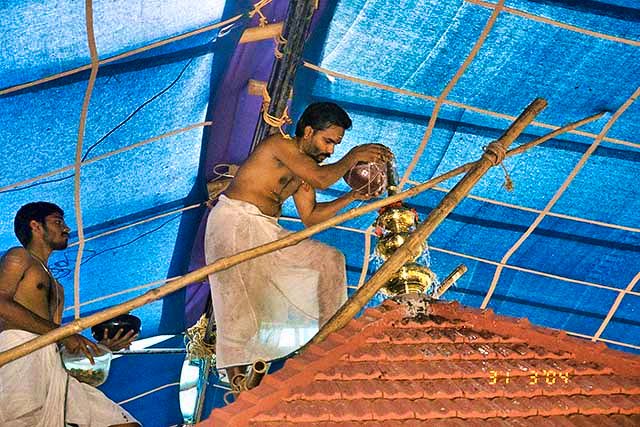 A large number of people attended the annadanam on the final day, 31 March. Remarkably, people of every religion and caste took part in the annadanam. This has become an annual feature at the temple. 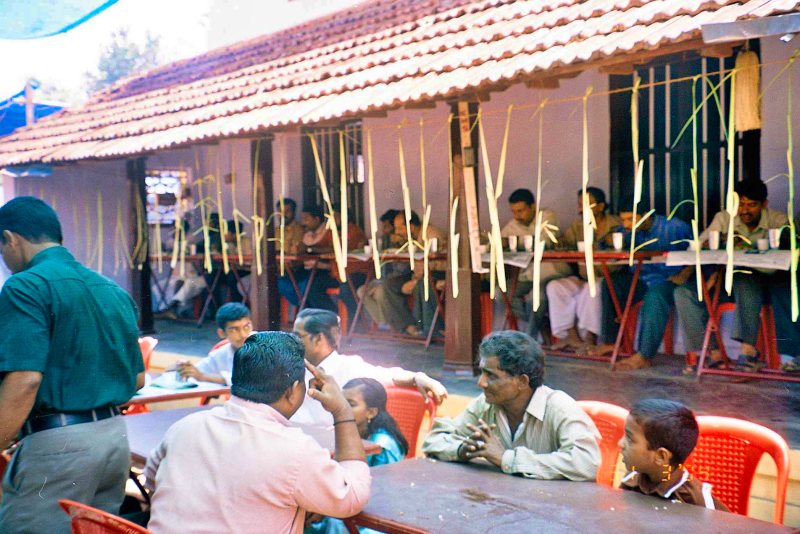